The ZebraSens platform was created at the initiative of 2 laboratories: MMDN (JM Verdier) and LGMR (AF Roux) in order to analyze at the functional level the sensory and behavioral deficits in degenerative pathologies.

This platform brings together, on the same site and close to the breeding platform of the MMDN Laboratory "Ze-Neuro", state-of-the-art equipment allowing the analysis of vision, hearing and locomotor behavior of zebrafish at different stages, from larvae to adults.

The vision is evaluated by:

- A « Visiobox® », able to measure the OKR response (OptoKinetic Response test). This test assesses the visual acuity of zebrafish in a stress-free and automated environment.

- The « Zebrabox® » and VMR test (Visual Motor Response), allows to measure the locomotor response to light flashes, isolated or repeated. 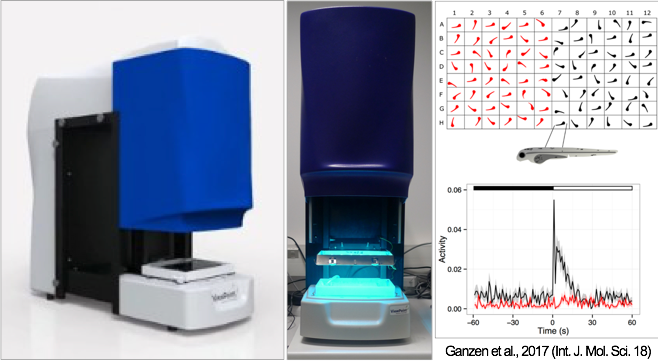 The audition is evaluated by:

- The « Zebrabox Fast® » containing a vibratory module. This system is able to measure the curvature of the fish following sound stimulation of chosen frequency and intensity. This curvature is characteristic of the avoidance behavior of a predator and provides information on the auditory acuity of the fish. 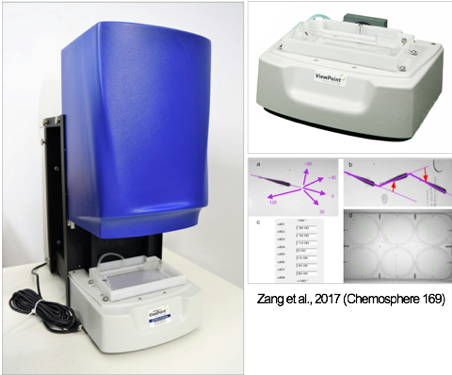 The locomotor behavior is evaluated by:

- The « Zebrabox classique® »: The larvae are videotracked and it is thus possible to determine the distance traveled, the position, the stop phases and the activity of the larvae at different stages. 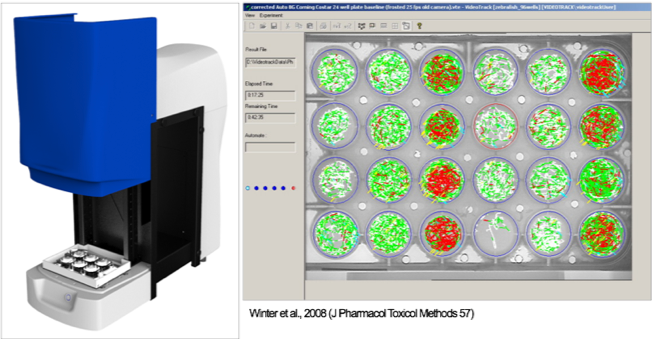 - The « ZebraCube® »: The adult fish are videotracked and it is thus possible to determine the distance traveled, the position, the stop phases and the activity of the fish. In addition, it is possible to measure social behavior (shoaling) and spatial memory (T-maze and double H-maze). 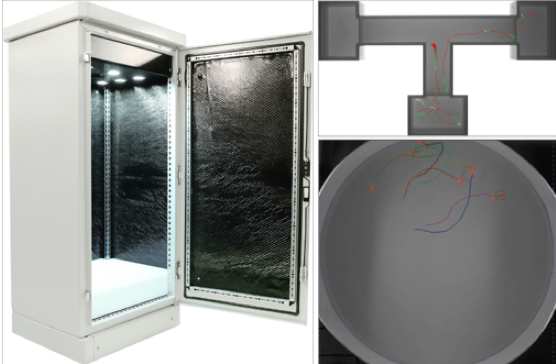 - The « Shuttle Box® »: This complementary device of the "ZebraCube" measures the active avoidance of adult fish following electrical stimuli.

Acknowledgments: The « ZebraSens Phenotying” platform was mainly financed by the SOS Rétinite France Association, through the Caisse d'Epargne.